WHY DEVELOPING YOUR TECHNIQUE ON GUITAR IS SATISFYING AND IMPORTANT, WHATEVER STYLE OF MUSIC YOU WANT TO PLAY

What is 'good technique' and why does it matter?

Technique can be a slippery concept to define on guitar and there are a lot of unhelpful misconceptions about it. Some common beliefs might include the following:

Why is this way of thinking about technique incorrect and incomplete?

Basically, you can think of technique as developing physical skills on guitar that allow you greater amounts of freedom to express yourself creatively. Imagine a guitarist who is really good at string bends AND slides, and one who can do slides only.  The first guitarist enjoys more creative freedom because he/she has more options to choose from.

This is not to say that someone can't use a small selection of expressive techniques very expressively and very musically, just that if you don't plan to expand your range of options as you continue to develop on guitar, you're effectively choosing to stay limited. Technique describes your overall technical ease including how efficiently your fingers move, your pick moves, and how includes fluently or otherwise you can move your hands from one type of pattern or playing into another. The more you improve in these areas, the more you're able to express yourself.

Let's break down one of these common misconceptions about guitar technique:

'but I just want to play songs, I don't need much technique'

You can play many songs with just chords and strumming. But even this requires correct rhythm technique for the song to sound like the original. Many songs also include riffs, cool introductions, some of which have great sounding bends or other characteristics that require some technique. If you want to play songs or accompany yourself singing, the final result is much more interesting for the audience if you use some different techniques in the arrangement – for example, perhaps arpeggiating the chord or finger picking during the verse and then strumming during the chorus. Those are simple examples, but the sky's the limit with how far you can go, and as your skill level increases, so does your creative imagination.

If you were going to watch a singer songwriter do a thirty minute set, do you think you would prefer it if that person played six songs with the exact same rhythm and similar open chords all the way through, or do you think it might sound cool if one song had an intense sound, one part had a more delicate sound, one sounded bluesy, one maybe a bit more exotic and one with beautiful chords played up and down the neck? Would you find that performance more memorable and be more interested in seeing that performer again?

This is just one example of what increasing your understanding of guitar technique can do for your playing.

Diana de Cabarrus is the director of Key To Music, the school for guitar lessons in Edinburgh where tried and tested methods produce great results for students. She also performs regularly around the UK and Europe with her band Candythief. 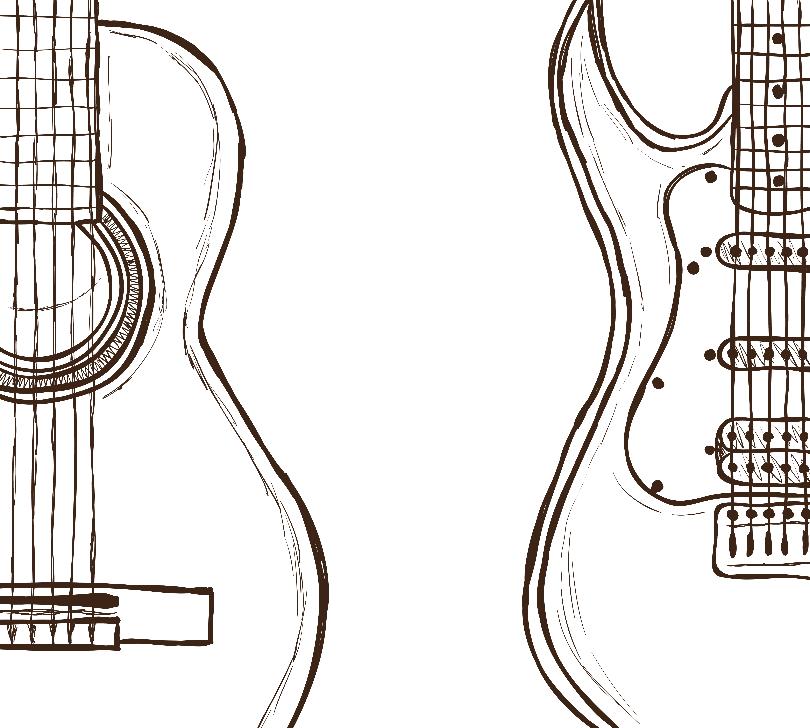